One of the most difficult tasks principals face is staffing schools with effective teachers and, unfortunately, recent reports point to a growing teacher shortage nationwide. NASSP has released a new Teacher Shortage Position Statement to address this issue and provide recommendations for policymakers and school leaders to find new solutions.

The NASSP Board of Directors recently stated its intent to adopt the position statement and the 30-day public comment period is now open. If you would like to send a comment or recommendation about this statement, please contact Amanda Karhuse, NASSP Director of Advocacy, at [email protected] by Friday, April 28.

On March 16, President Trump released his “skinny budget,” an outline of his future funding priorities. This budget has drastic and dangerous cuts that could harm educators and students. It would completely eliminate funds for Title II, Part A of ESSA, which provides states flexible funds to improve teacher and principal quality. Trump is also promoting school choice in his budget by attempting to make Title I funds portable. NASSP remains concerned with his lack of support for public schools and their educators, and will continue to fight to ensure all students have a chance to succeed.

Many states have been working diligently on their ESSA state plans and are on pace to send them to the Department of Education (ED) before they’re due in September. Despite so many plans being so far along, the Trump administration recently eliminated the template that states were using to develop their plans. On March 29, Trump signed a bill overturning the state plan guidance put in place by the Obama administration. Many states are now questioning just how ED will grade their plans and what the best avenues for them to proceed are.

The NASSP Board of Directors visited Washington, D.C., last month for their quarterly board meeting and joined the National Association of Elementary School Principals (NAESP) at their National Leaders Conference. The board participated in the advocacy training portion of the conference and then joined elementary school principals from their state to visit their congressional representatives on Capitol Hill. Many had successful meetings, with their members discussing an array of issues, including funding for ESSA programs, as well as reauthorization of the Carl D. Perkins Act and the Higher Education Act. To learn more about the meetings, check Twitter for the hashtag #PrincipalsAdvocate.

For more advocacy tweets, join us on social media by following NASSP and the advocacy staff on Twitter:

In light of President Trump’s recent attack on Title II funds, NASSP has collaborated with NAESP, the American Federation of School Administrators (AFSA), the Association for Supervision and Curriculum Development (ASCD), Learning Forward, and New Leaders, to send a letter to the leaders of the House and Senate appropriations committees. This letter points out the important role that Title II funds serve in aiding our nation’s educators as they strive for student success. NASSP would also like to thank all of the other national and state organizations that agreed to sign onto the letter.

In this Month’s Principal Leadership 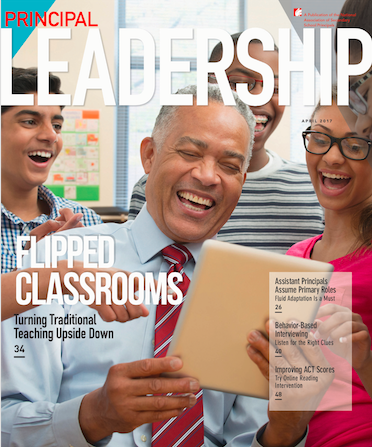 The Advocacy Agenda column in this month’s issue of Principal Leadership features a look at the nationwide principal and teacher shortage. The piece notes the importance of promoting these professions so future generations will pursue these occupations.

All FGN members are invited to write a guest article for Principal Leadership or post for the School of Thought blog—just email Manager of Advocacy Zachary Scott with your idea. You can also subscribe to the blog to receive an email notification whenever a new post is published.

Please join us and be a part of the first-ever joint conference for Pre-K through grade 12 school leaders, July 9–11. Taking place in Philadelphia, the National Principals Conference will offer educators the opportunity to come together and find new solutions to problems all school leaders face. Register today!